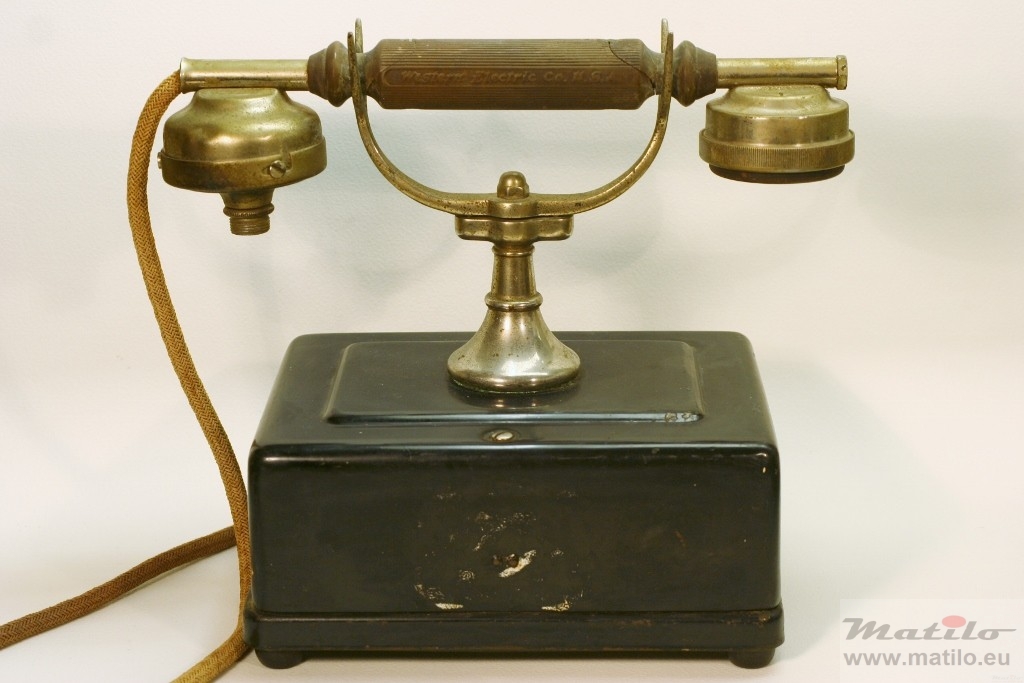 Very similar to the BTMC 2652 this model was produced at the Hawthorne plant in the USA, but for export. It was produced to fullfil contractual obligations by BTMC Antwerp.
When they were occupied during WW1 telephone production there came to an halt.

It was produced in 1917 until the USA entered WW1. After WW1 production resumed until 1920, when production of the BTMC 2652 was resumed in Antwerp.

There are many different versions of this telephone and handsets, hookswitch cradles, dials and lettering may very.