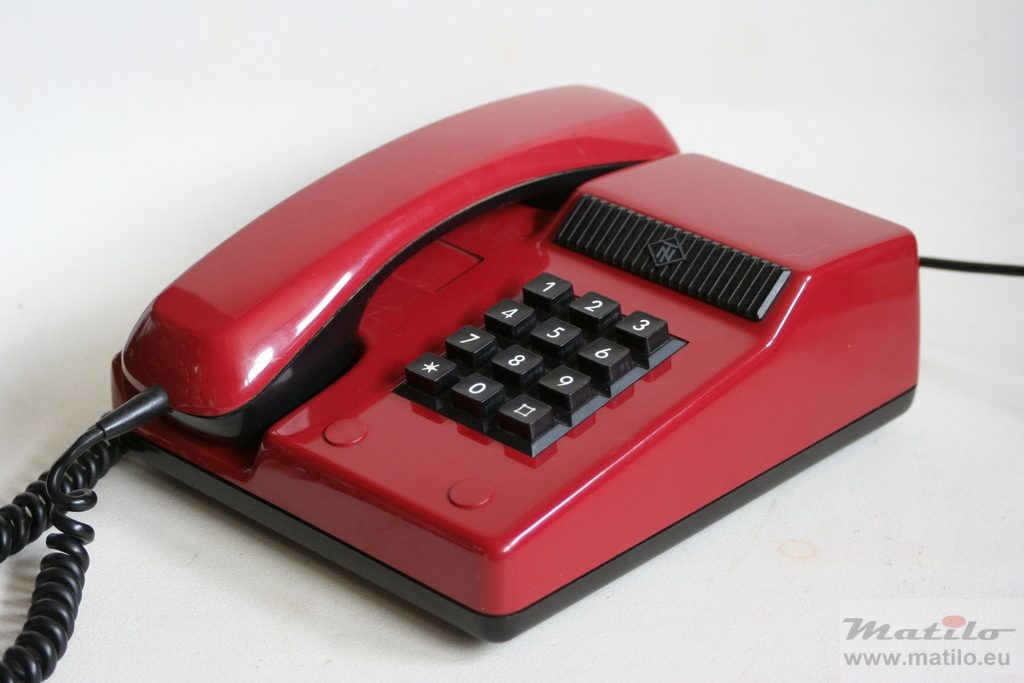 The Telefonbau & Normalzeit T4 is a very versatile model, made to easily accommodate all kinds of additional functions and electronics. It’s large flat front has plenty of room for lots of buttons and indicators. The small sloping black panel makes room for an LCD display, if needed.
Its side by side configuration is very similar to the Siemens Masterset and likewise it was intended for the private market.

It was introduced in around 1974. The date is somewhat unclear to me. The book on T&N history by Hans Hut says the T4 was selected for the Hannover Messe in 1970. In any case its design won the “die gute Industrieform” award in 1975.

The common desk version came in various colours, with rotary dial and keypad, the latter in both pulse and DTMF version. It had a normal 2 gong mechanical ringer, like its contemporaries.