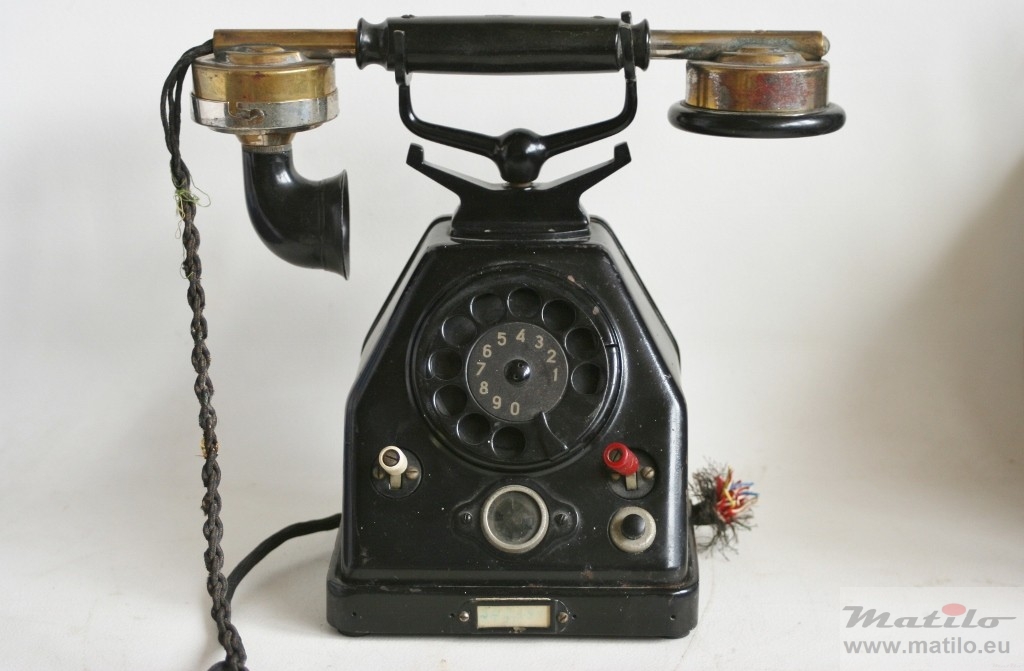 These were the kind of telephones in the Netherlands that were produced for automatic telephony. There are very few left, making it a sought after rarity. Many of them were converted by PTT, after WW2. The dial was replaced, as was the elaborate cradle for a simpler one, to accommodate a bakelite Ericsson handset.

This metal telephone was designed with automatic telephony in mind, the basic shape as wel as the electronics able to accommodate a rotary dial.

As is typical for TEFAG metal telephones it has a plinth with a silver finish. TEFAG used many FULD part so a lot of the components have FULD origins.

The phone is similarly constructed as the ZBSA 24 by Siemens & Halske, with all components on the base plate, a metal housing with sloping front, a rotary dial on a bracket that can be folded open and a metal antler type cradle with finger brackets to transport the telephone.

Several versions were produced, such as the common single line version, with and without an earthing button and several multiline versions for office environments.

At the moment of writing this article I have 2 of these telephones, one of which does no longer has its original cradle assembly.