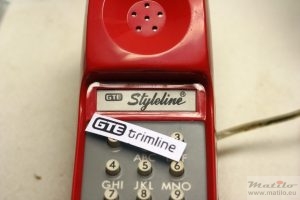 Basically this is a copy of the Western Electric Trimline, of which I have a Spanish licence built version with a rotary dial. So much so, that at first I did not appreciate these were different models! I even made a wrong paper label for it, before other collectors pointed out my error. 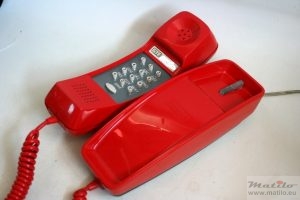 Introduced in 1968, a few years after the Trimline, it has virtually the same lay out: heavy cast metal base with ringer and hook switch, cords with small connectors instead of hard wires cords, electronics and dial in the handset. 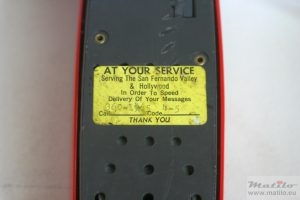 Initially it was developed by Automatic Electric and later produced under the GEC brand. It was mostly made for independent telephone companies in the USA and it is unclear if it was exported to or licence built in Europe.

My specimen was used in the USA. It is a touch tone version with a lighted dial. The LED works, but the light is very faint. When I got this phone there was no paper label or plastic window to cover it, so I made these myself.